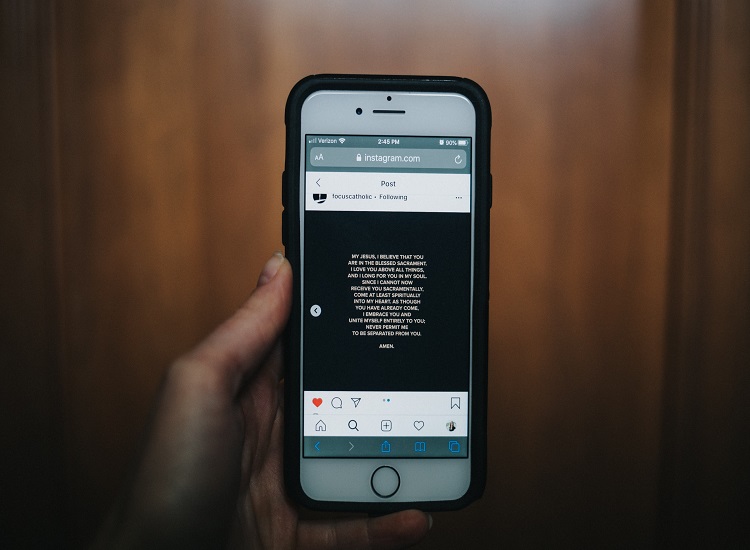 Have you ever noticed that all kinds of mobile are devoid of age-old important UI elements of the web? Scrollbar. Yes, UI elements of scrolling are altogether a different concept in mobile devices. There are many obvious reasons for this. For instance, the size of a mobile is small as compared to a desktop and the absence of a mouse as pointing devices. Users cannot pinpoint the tiny scrolling element. Making a big scrollbar is not congruent with mobile UI designing in mobile development.

We have seen reasons behind the lack of scrollbar in mobile devices including tablets.

Before thinking of scrolling elements for mobile UI, evaluate their benefits so that you can have a better substitute. You can judge the length and width of the page based on the size of the scrolling point in both horizontal and vertical scrollbars. This gives an ultimate sense of the scope of scrolling and orientation. In some systems, a scrollbar appears at the beginning of the window loading for a few seconds and then suddenly disappears until you enable it to display again. A scrollbar facilitates scrolling a long page rapidly and enables you to land at a specific point.

A new set of gestures in mobile can help in gaining the above benefits. Scrolling on mobiles or tablets is an experience full of fun. However, this doesn’t mean to have extra-long pages for while scrolling a touch screen, fingers use a motor mechanism which can cause unnecessary exhaustion. This can also sometimes annoy the user. Therefore, you need to keep a balance while deciding on the length of a page.

Scrollbar gives a clear indication of the scope of scrolling and orientation.

We can bring these benefits in our UI designing during mobile development with other tweaks. If you need to show added room for vertical scrolling, you can show cutting texts on the bottom edge of the mobile devices. This will help users in understanding that further scrolling is required. There are many tricks in practice for horizontal scrolling. For instance, some show an arrow indicating horizontal scrolling located above the page elements as a persistent feature until the scope of scrolling is finished.

In some cases, at the bottom of the screen, a series of dots are used as a clear indication for the horizontal sweep. With some specific number of dots and showing the user’s position on those dots can help in moving forth and back. In another technique in the lower right, a row of content fading to the right at the indicator of continuation suggests the content curves off the screen like a scroll. In some cases, UI designers use a subtle fade at the bottom or at the right of the main screen to suggest continuation. Some apps particularly tablet apps give clear instructions for scrolling to work the best. For this, adapt to any suitable method or create a custom method. Always take a good approach to provide the best scrolling experience.

The Answer Is Here; Parents Should Monitor Kids Cell Phones

My Mobile App Stores Is a Big Suggestion.